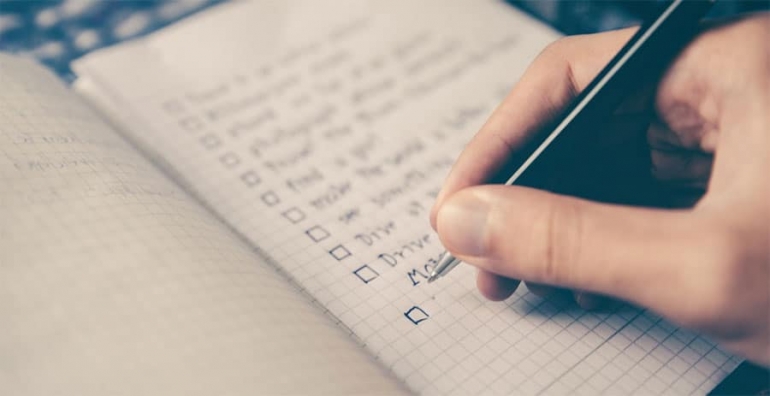 The Americans with Disabilities Act of 1990 requires businesses and public entities to make reasonable accommodations to meet the needs of disabled individuals.

Most individuals and business owners are aware of the legal requirement to ensure physical locations, such as hotels, restaurants, banks, government facilities, and other public areas have wide enough doors and turnaround spaces, gently sloped entry ramps, and other features that provide equal access for all.

This awareness has been brought about in part, by education and social values and, when necessary, litigation to force equal access. One area which has gone relatively unnoticed, however, and might be said to be “behind the times” is website accessibility in the digital marketplace.

This may all be about to change as recent events stand to impact the issue of website accessibility.

First, a bit of history: In 2010, the Department of Justice issued an Advance Notice of Proposed Rulemaking to issue regulations related to website compliance under the ADA.

In its Fall, 2015 Statement of Regulatory Priorities, the DOJ announced that it was bifurcating the rulemaking to deal separately with state and local government entities under Title II and public accommodations subject to Title III. The DOJ promised to publish a Notice of Proposed Rulemaking (“NPRM”) under Title II in early 2016 and then again under Title III by 2018. The proposed rules promised to clarify the requirements for public entities and accommodations to make “services, programs or activities” offered to the public via the internet “accessible to and usable by individuals with disabilities.” The plan never came to fruition.

The DOJ pushed the 2016 target date out to 2018, then shelved the issue, and finally withdrew the proposed rulemaking on December 26, 2017.

By failing to establish rules for website compliance, the DOJ is leaving this issue in the hands of the civil courts. Recently, a federal court in Florida found that supermarket giant Winn Dixie violated the ADA because its website was inaccessible to a sight-impaired Plaintiff and, as such, denied the Plaintiff the full and equal enjoyment of the good, services, accommodations, etc. that Wynn Dixie offered sighted customers.

In Gil v. Winn Dixie, the Plaintiff explained how he relied upon website reader technology that rendered websites accessible despite his sight impairment. To be effective, the sites must be compatible with web standards that enable reader software. In this case, the Plaintiff used accessibility software called Job Access With Speech(“JAWS”), but there are other similar systems such as NonVisual Desktop Access (“NVDA”), Apple Voiceover, and Microsoft Windows Narrator. These programs only work if the website the user is trying to access complies with specific web standards and therefore is compatible with the software. As the Winn Dixie decision explains, such accommodations are reasonable and indeed required under the ADA.

In the Winn Dixie case, the Plaintiff sought to use Wynn Dixie’s website to: (a) obtain e-coupons available only online; (b) fill prescriptions, and (c) locate nearest stores when traveling. 90% of the website was not accessible to him. He further explained that he used somewhere between 500– 600 other sites that were accessible via his reader software.

In 2017, Wynn Dixie spent $7 Million to upgrade its website but did not address accessibility. Meanwhile, the Plaintiff’s expert in the case testified that “simple” modifications to the source code could correct Winn Dixie’s accessibility issues. The estimated cost of $37,000 was substantially less than the $250,000 Winn Dixie had set aside.

Ultimately, the court was not impressed with Winn Dixie’s foot-dragging and found that Winn Dixie violated the ADA because its website was inaccessible to the Plaintiff and denied him the full and equal enjoyment of the goods, services, and accommodations that Winn Dixie offered sighted customers. Regardless of whether the cost was $37,000 or $250,000, Winn Dixie should have modified its website to provide equal access. The court entered a final order of injunction forcing Winn Dixie to implement such changes.

One is left to wonder why Winn Dixie, with prior awareness of accessibility deficiencies, failed to make corrections and yet still choose to fight the case through trial. Could Winn Dixie have been arguing that an estimated cost of $250,000 is not reasonable for an accommodation? It is unclear from the final order what purpose was to be served by offering this evidence, but such a position seems indefensible because Winn Dixie spent $9 Million on its website between 2015 and 2017 and yet failed to ensure equal access for sight-impaired customers.

In any event, businesses are now on notice. Where the DOJ refused to act, the courts are speaking. As noted by the judge in the Winn Dixie case, “Web accessibility is about ensuring that all people can use the web regardless of any physical or mental disabilities.” It would behoove all businesses that have customer-facing websites to take steps to ensure they are equally accessible to everyone on the internet.

Eric leads the firm's healthcare and technology practices.  He is a frequent writer and presenter on issues involving health law, privacy, technology, and asset protection. His writings have appeared in multiple American Bar Association publications, The Florida Bar Journal, Forbes, Daily Business Review, Accounting Today, Financial Advisor Magazine, Law360, and CEO World, among others.  Eric is rated AV–Preeminent by Martindale-Hubbell.  He has been admitted to practice law in Florida and Nevada, as well as in the U.S. Tax Court, and in several other courts, nationwide, pro hac vice.  He is a member of the ABA’s Healthcare Law Section, Business Law Section, and Cyberspace Law Committee, the American Healthcare Lawyers Association, and American College of Healthcare Executives.  He graduated, magna cum laude, from the University of Minnesota Law School.  He also holds a Health Law Certificate from the University of Louisville, Brandeis School of Law.  Eric earned his undergraduate degree from the University of Maryland while he was serving in the U.S. Air Force, during which time his duty included tours in Saudi Arabia and Turkey in support of operations Desert Storm and Provide Comfort.

Our mission is to serve as a resource for complex domestic and international business transactions, tax, health law, asset protection, and related litigation.

Our firm is an approachable and economic alternative to large national and international law firms.  Se habla español.

Email:  This email address is being protected from spambots. You need JavaScript enabled to view it.